No risk of outburst of glacial lake for time being

Sindhupalchock : The local administration in Sindhupalchok district has urged the citizens of affected area to remain safe, saying there is risk of bursting out the Keyrung Tshyo Glacial Lake located at Kutibazaar of Neelum district of Tibet.

Issuing a public notice on Monday, the local administration had asked the people of Sunkoshi and Bhotekoshi rivers basin to remain on high-alert and safe as the lake might burst at any moment.

The lake lies around 45 kilometers at Kutibazaar from Tatopani border point.

The local administration suspected that there might be risk at Bahrabise and Bhotekoshi areas as the lake drains out in the Bhotekoshi river.

Tatopani, Sunkoshi, Bhotekoshi, Dolalghat, Sindhuli, Ramechhap and Tarai districts will be at risk if the lake bursts.

A meeting of the security bodies held on Monday urged the locals to relocate themselves to safer places, saying there is no situation to be worried as there was no heavy rainfall at Khasa area. Dhakal said, “There is no guarantee of outbursts of the lake.

Chinese citizens at border are also found to be moved towards Khasa. So we have also urged the locals to relocate themselves to safer places.” 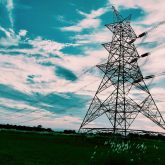 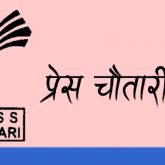