At the age of 19, I had the honor to travel between China and Pakistan via the Karakorum Highway. During my study in China from 1980-1987, I used to travel back to Pakistan by the highway almost every year. Part of the road was still under construction or under repair due to damage caused by landslides and heavy rains. It was rather a long journey, yet adventurous and full of joy and entertainment. It provided me an opportunity to monitor nature closely and became part of my lifetime memories.

The magnificent Karakoram Highway, also called the Pakistan-China Friendship Highway (Zhongba Youyi Gonglu), connects the ancient city of Kashgar in the western Xinjiang Uygur autonomous region of Xinjiang, China, with the beautiful modern city of Islamabad, the capital city of Pakistan. They are famously known as the ancient Silk Road Route, used by Chinese traders on their journey toward the Middle East, Central Asia and Europe. Due to the region’s unique topography, high-altitude mountains, snow-covered peaks and tough terrain, it took almost 21 years for the highway to be completed. Starting from Hassan Abdal in Pakistan and passing through Haripur, Abbottabad, Mansehra, Besham, Dasu, Chilas, Jaglot, Gilgit, Hunza, Nagar, Sust, and the Khunjerab Pass it ends in Kashgar in China.

The highway extends for about 550 miles through some of the most rugged and inaccessible terrain of Asia, passing through the Pamir, Hindukush and Kunlun mountains, and the Karakoram range. The highway threads its way through valleys around the towering peaks of the Sarikool range at the juncture of Pamirs and Kunlun mountains before crossing into the northern areas in Azad Jammu & Kashmir, at the Khunjerab (Kunjirap) Pass. The road then winds through deep valleys in the Karakoram mountains until it reaches the upper valley of the Indus River in Gilgit-Baltistan.

The highway was the novel creation of General Geng Biao, who was ambassador of China to Pakistan in 1956-58. In fact, he realized the significance of road linkages between China and Pakistan to create convenient access to the Arabian Sea for China. He floated this idea and, after several years of struggle and lobbying, finally convinced Beijing.

The highway’s construction was a major joint venture between Pakistan and China that began in 1966-67 and was completed in 1977-78. The total length is approximately 1,300 kilometers, of which 887 kilometers is in Pakistan and 413 km in China. It’s considered a symbol of Pakistan-China eternal friendship.

It required the skills of about 24,000 workers to complete this massive project. Mudslides, rock falls, avalanches, and unforeseen movement of glaciers in the region were a constant danger throughout the construction. Even after its completion, the highway continued to require heavy maintenance. Over time, its construction has had a notable economic impact on the Uygur, Tajik, and Kyrgyz peoples who inhabit the mountainous region.

It was not an easy road to make. In fact, many were surprised when it was finally completed, as, at one time, even the world’s largest companies had refused to take on the project. A European construction company reportedly declared the construction next to impossible after an aerial survey. Given the harsh weather, heavy snowfall, and landslides, this road’s construction was a miracle made possible by Pakistan and China.

Under the China-Pakistan Economic Corridor, the highway has been upgraded as a motorway, and most of the work has been completed. Only a small portion is under up-grade construction and will be completed soon. The highway is the lifeline for the people of Gilgit-Baltistan and the source of economic activities. The Karakorum Highway is the main artery of the China-Pakistan Economic corridor and its impact will be visible in the whole region as a beneficiary of trade between China and Central Asia, the Middle-East and Eurasia through the Arabian Sea at Gwadar.

Tourists now prefer to travel using the highway. There is an option to visit the northern areas by air yet many people prefer to go by road through the magnificent highway and are fascinated. It is the eighth wonder of the world and should not be missed.

Zamir Ahmed Awan is a senior fellow with the Center for China and Globalization and a Sinologist at the National University of Sciences and Technology in Pakistan. 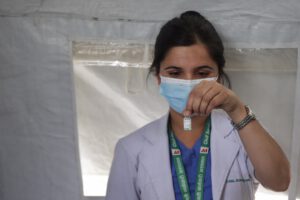 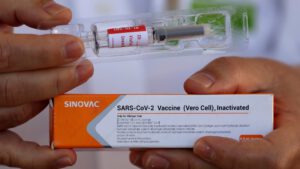 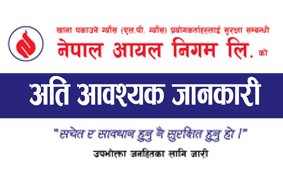