Kathmadu : The Department of Archaeology has started a research on the topic of whether the Hindu god Ram was born at Ayodhyapuri of Chitwan.

The Department is to carry out the research study after holding discussions with experts on archaeology, culture and history.

Department spokesman Ram Bahadur Kunwar said they have initiated consultations with the experts after talk of lord Ram was born at Ayodhyapuri during the Treta Yug or epoch started circulating.

Ayodhyapuri lies in Madi municipality of Chitwan district of Nepal. The Department has also started discussions on sending a team of experts for conducting on-site study and research to Ayodhyapuri.

Prime Minister KP Sharma Oli, while addressing a function marking the 207th birth anniversary of Bhanu Bhakta Acharya, the pioneer poet of Nepal, had declared that lord Ram was born at Nepal’s Ayodhyapuri.

On the occasion, he had also underlined the need for further study and research to stop the cultural encroachment.

Lokmani Poudel, who has been researching on Ayodhya, the birthplace of lord Ram, since 2067 BS, said he has visited the Ayodhya at Faizabad of Lucknow, the Valmeeki Ashram at Bithur in Uttar Pradesh and the Valmeeki Ashram in Panjab of India in course of his research and conducted detailed study.

It has also named a town there as Valmeeki Nagar. Poudel, who has researched on all the three existing Valmeeki Ashrams, said although the Ashrams of India are well preserved and grand, he found the bodies concerned have not paid attention to development of the Valmeeki Ashram of Nepal.

It is mentioned in the Ramayana authored by the sage Valmeeki that Ayodhya lies towards the east of the Ashram. Ayodhyapuri is to the east of Nepal’s Valmeeki Ashram.

Poudel argued that there are strong evidences that Nepal’s Ayodhyapuri itself might be the birthplace of lord Ram given the presence of many places of religious and cultural importance like the Baikuntha pond, the Someshwor hill and others around Ayodhyapuri.

He also called for conducting archaeological excavation around Ayodhyapuri for more research and study.

The location of the Marot Khola stream and Riya Khola stream that originate from the Parashuram Kunda or pond in between the Valmeeki Ashram and Ayodhyapuri is also a strong evidence that lord Ram was born to King Dasrath and Queen Kaushalyawati at Ayodhyapuri.

Researcher Poudel has pointed out the need of further study and research on this aspect as well.

Some parts of the then Ayodhyapuri Village Development Committee (VDC) in Chitwan were merged in Parsa district. 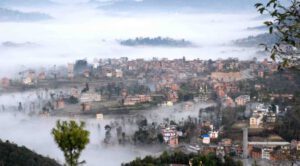 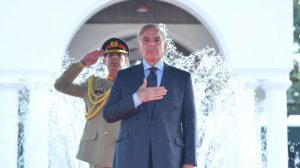 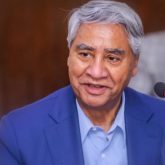